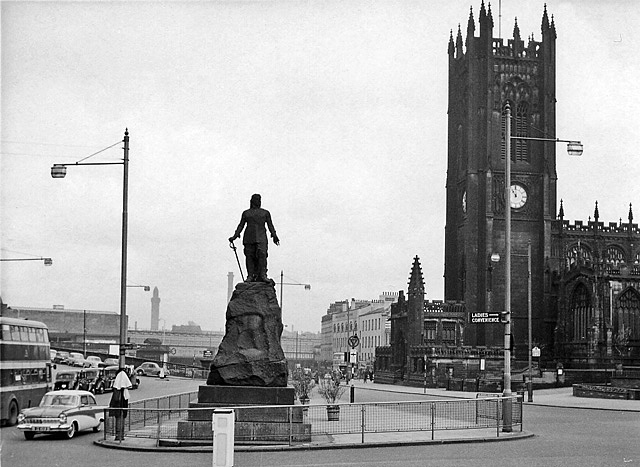 It was a wet Wednesday afternoon in January; Kevin and I were finishing our second pint in Yates’s Wine Lodge. Across from us sat Pete and Martin. We made up a very competitive group who had thrown ourselves into graphic design in the final year and stood somewhat ahead of the rest of our year.

Pete was the truly original talent who would constantly surprise us with his quirky and bold solutions. Full of nervous energy, he fumbled his cigarette pack as he told us of the great job one of the stars of the previous year had landed.

I listened with mounting depression as he described his role at a label printing specialist. As we could see, just around six months ahead, the end of our course, the subject of employment and the paths taken by our predecessors was a major topic of conversation.

‘What about post-grad?’ I ventured. I had visited a couple of ex-students doing post-graduate work in Leeds and was impressed by the rarified life they led… and though I did not dare let my colleagues know, I had sent for the prospectus from the RCA.

‘Everyone I speak to says you learn more in work’, said Martin. Pete and Kevin nodded thoughtfully as they took another drink.

‘So what are you thinking of doing?’

‘I’d like to get into TV,’ grinned Martin. We all smiled, and all probably thought this was unrealistically ambitious. We discussed the opportunities and they seemed to narrow down to advertising or printing.

‘It’s a pity there are no proper design studios around’, Pete observed as Kevin returned with another round.

‘There’s Norman’s’, Kev observed, placing the four pints down. Norman Wilson was one of our external, visiting lecturers, and owned one of the few design practices in the area.

‘Well, we don’t have to stay around here,’ I said. The drink had emboldened me to disclose my half-formed plans. ‘I’m thinking of going to London’.